Posted by AOC on Apr 23, 2019 in Artefacts, Excavation, Uncategorized | No Comments

Today Jack and Dawn have been investigating some fragments of fired clay recovered from within Cell 2 of the broch. During excavation the presence of organic material was noted but it was unclear what this material was and how it had formed, and the function of the cell was unclear. As you can see from the photo of the cell under excavation, a layer of mid-brown fired clay was found to lie on the basal slabs of the cell, on top of which was large cache of carbonised cereal grain (seen as an oval black patch on the right of the photo); to the left of the cereal was an arc of a hard and brittle off-white/grey crust which seemed to follow the curvature of the wall. The composition of this material and what it represents is a bit of a mystery. The presence of carbonised grain on the floor of the cell hinted at the cell being used for the storage of foodstuffs. 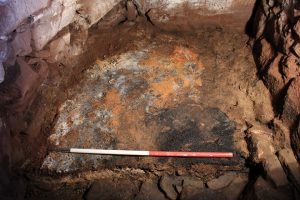 Burning on the floor of Cell 2

Jack is AOC’s environmental specialist and her analysis of the cereal cache has determined it to comprise large quantities of beautifully preserved carbonised barley grain. Given the well-defined concentration of cereal grains within the cell it appears that they were originally stored within a bag or another type of organic container which no longer survives. These grains have been processed which means that they have been threshed and winnowed to dehusk the grain and were stored ready for use.

The clay layer on the floor of the cell is a sandy clay, probably locally-sourced, which has been laid down in a thick layer to create a floor surface. Dawn, when analysing the fired clay, examined the hard crust-like material and noted the presence of fire-altered, almost vitrified, organic material. 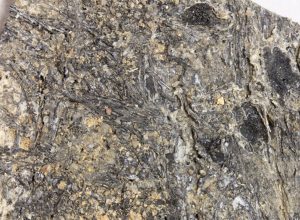 Analysis of this indeterminate organic material has revealed that this comprises a dense concentration of unprocessed cereal remains including the ears and stalks of barley. Once Jack and Dawn realised this, they were able to pick out clearly defined rachis and stem fragments. They even picked out an almost perfectly preserved ear of barley! 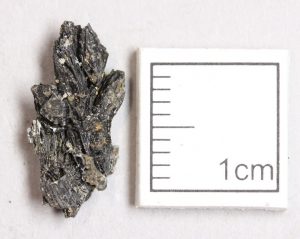 An intact ear of barley, preserved by the fire

This confirms that the hard crust which was seen as a curving spread beside the cache of cereal grains during excavation is a sheaf of unprocessed barley. Based on this evidence, Cell 2 was used as a grain store for the storage of both processed and unprocessed barley.